The Kansas City region has been chosen as the future sites of two USDA research agencies – along with about 700 federal jobs. The move from the Washington, D.C., region to Kansas City is for the department’s Economic Research Service and National Institute of Food and Agricultural Policy offices. 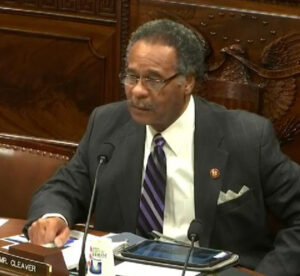 “If Virginia and Maryland are successful in stopping the funding, then for all practical purposes, they stop the project. Then Congress is not going to pay for the move – and Congress does have the power of the power – then I don’t think it’s going to go anywhere,” says Cleaver. “There are all kinds of little political maneuvering and economic maneuvering that could in fact halt this move.”

Cleaver says the Missouri and Kansas delegations are getting prepared for a fight.

“We’ve got to figure out how they’re going to do it,” he says. “If I lived in Maryland, if I represented Maryland I’d be fighting as well. I don’t blame them. We’re going to fight also.”

A statement from Hoyer says he vows to fight the move.

“I worked to include language in the Fiscal Year 2020 Agriculture Appropriations bill that would prohibit USDA from using any funds for this relocation. It is alarming that the Administration is rushing ahead with this relocation in order to circumvent Congress. I will continue to explore all options to reverse this decision,” said Hoyer.

Cleaver says the jobs are expected to pay an average of $80,000 to $100,000 annually. He says the USDA wants the move to happen this fall and the Missouri side is better equipped with appropriate office space for a quick move.

The Kansas City Star reports Agriculture Secretary Sonny Perdue said the relocation will save the USDA $300 million over 15 years and that state and local governments had offered $26 million in incentives to move to the region.