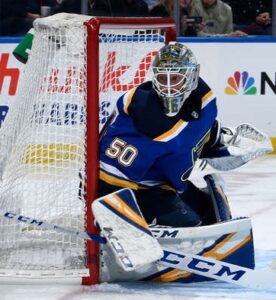 The St. Louis Blues are one win away from their first Stanley Cup championship and can win it on home ice.

The Blues earned that opportunity by defeating the Boston Bruins 2-1 in Game 5 of the Stanley Cup Final at TD Garden on Thursday to take the lead in the best-of-7 series.

Ryan O’Reilly scored his third goal in the past two games and had an assist on David Perron’s goal in the third period.

The Blues are 7-1 in Games 5-7 of these Stanley Cup Playoffs. They can win the Cup in Game 6 at Enterprise Center on Sunday.