You are here: Home / Legislature / Missourians are wondering where their state tax refunds are

About 340 complaints have been made by Missourians waiting for their tax refund from the state. Under Missouri law, the Department of Revenue must issue refunds within 45 days of receiving the tax information. If it fails to meet this deadline, the taxpayer is owed interest. 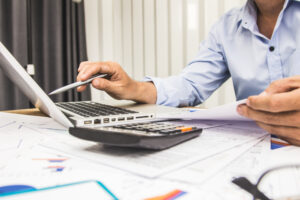 Missourians are wondering where their state tax refunds are

“In some cases, they thought they were going to get their refunds within a couple weeks. And now, it looks like it’s going to be months before they get their tax refunds,” she tells Missourinet recently.

Galloway, a Democrat, says callers have said the department cites a new system is causing the delays.

“The Department of Revenue knows when tax refunds are due. They know that tax time comes at the same point every year,” Galloway says. “Implementing a new system – it’s imperative that they evaluate how it’s going to impact taxpayers and their refund. We are not aware that it is due to the amounts of the refunds or issues with the filers.”

She says past audits have found the department has increasingly delayed tax refunds over different administrations.

“We are reaching out to the Department of Revenue to solve this issue,” says Galloway.

The department has responded to Galloway’s office and has been addressing the complaints.

The next year, it was June 20. An estimated 485,000, or 27%, of the approximate 1.8 million individual income tax refunds were paid more than 45 days after being received.

In fiscal year 2017, the level was reached on June 22. An estimated 672,000, or 37%, of the approximate 1.8 million individual income tax refunds were paid more than 45 days after being in the department’s hands.

The Revenue department has not returned Missourinet’s three attempts to find out how many returns are left to mail out and the dollar figure attached to them.