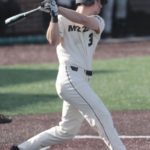 Mizzou Baseball junior OF Kameron Misner and junior LHP TJ Sikkema were each selected Monday evening in Day One of the 2019 Major League Baseball Draft.

Misner, from Poplar Bluff, was chosen 35th overall by the Miami Marlins, while Sikkema was picked 38th overall by the New York Yankees during the Competitive Balance Round A, which occurred after the traditional First Round and Compensation Round. Misner and Sikkema become Mizzou’s eighth and ninth all-time first-round selections. Misner is only the Tigers’ second-ever position player to garner first-round accolades, joining catcher Steve Patchin in 1971 who was selected 20th overall by the Dodgers. 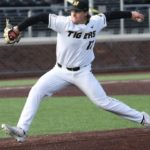 Misner and Sikkema become the Tigers’ first-ever duo of straight-from-college players among the first two rounds in the same MLB Draft.

Previous Post: « Missouri River closed to shipping from St. Louis to Kansas City
Next Post: O’Reilly needed to step up and he comes through with two goals in Game 4 win for the Blues »