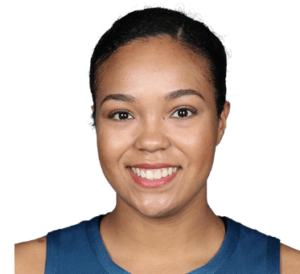 Napheesa Collier scored 27 points, the second most in WNBA history by a rookie in her debut, as the Minnesota Lynx blew out the Chicago Sky 89-71 in the season-opener for both teams Saturday night. Collier was born in Jefferson City, but was a prep star at Incarnate Word in St. Louis.   She starred at UConn for four seasons before becoming the 6th overall pick in the draft.  Collier hit 8-of-10 shots, including three three-pointers

Collier was shy of Candace Parker’s record 34-point performacne in her first game with the Los Angeles Sparks in 2008. The Lynx were playing without perennial MVP Maya Moore, another former Jefferson City, Mo. resident, who is sitting out this season.