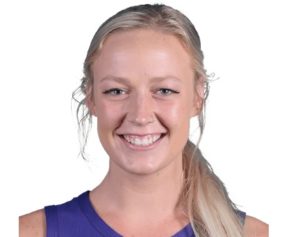 Mizzou Women’s Basketball’s Sophie Cunningham made the opening night roster for the Phoenix Mercury, as announced by the team Thursday. Cunningham and the Mercury will open the 2019 WNBA season on Saturday, May 25 at 1:30 p.m. CT when Phoenix faces the 2018 WNBA champion Seattle Storm.

Cunningham became Mizzou’s highest-ever selection in the WNBA draft when she was selected by the Mercury with the first pick in the second round on April 10. In two preseason games for the Mercury, Cunningham scored 9.5 points per game while shooting 54.5 percent from the field and 44.4 percent from three and drained a game-winning three-pointer against the Los Angeles Sparks on May 11.

Cunningham closed her Mizzou career as Mizzou’s all-time scoring leader, finishing her historic career with 2,187 points. Among program records, Cunningham also ranks first in free throws made (537), second in three-pointers made (238), third in three-point percentage (40.3), third in free throw percentage (83.9), fourth in points per game (17.0) and fourth in assists (390).

In her senior season Cunningham was the only player in the nation to average 17.0 ppg, make 80 three-pointers, make 150 free throws and record 200 rebounds. In conference play, Cunningham led the SEC in three-point shooting (46.5 percent) and threes per game (2.9). She reached 20 points in 16 games this season, including 10 times against SEC opponents, and 30 points four times.