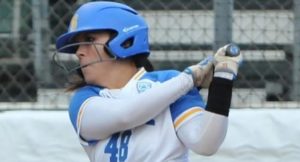 Mizzou Softball (35-25) had its season ended by No. 2 UCLA (49-6), as the Tigers lost the decisive game, 13-1. The game was only forced because the Tigers played their best game of the year staving off UCLA with a 5-1 win over the Bruins. It was only UCLA’s sixth loss all season.  Sophomore CF Brooke Wilmes went 2-4 at the plate in Game One, including a monster home run in the sixth inning to put the game out of reach.  The Tigers got on UCLA freshman pitcher Megan Faraimo early scoring two runs chasing her from the game.

In the deciding game, Bubba Nickles recorded her second five-RBI game as UCLA bounced back from the 5-1 setback to Missouri with a 13-1. 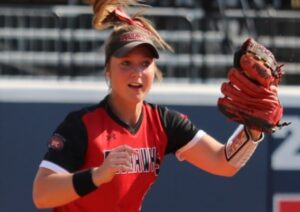 Southeast Missouri (46-18) picked up its second NCAA Regional win in program history when it eliminated Chattanooga (37-17) with a 2-1 victory Saturday afternoon. The Redhawks later fell to the Regional host Ole Miss (39-18), 10-0, ending their magical historic season. For the fifth-straight year, the Ohio Valley Conference representative won at least one game in the NCAA Tournament. SEMO, in its first NCAA Tournament appearance in 20 years and second all-time in program history, finished the Oxford Regional with a 1-2 mark.