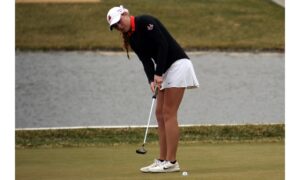 Per tiebreaking procedures, all five team players play the playoff hole and the lowest four-score total advances. Due to injury, Minnesota State was down to four players.

On hole nine, the third playoff hole, the Jennies stood at one-over-par through three golfers. Madison Grisham then hit the proverbial walk-off, drilling a 30-foot putt to send the Jennies into the NCAA Championship as Minnesota State was forced to concede. 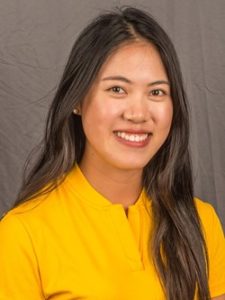 Shi Qing Ong advanced to the NCAA Division II National Championships with a tie for second place at the Central Region Championships. Ong carded an even-par in round two and was 1-over in round three to finish 5-over for the tournament.

The senior was the top individual on a non-advancing team, earning her a spot in the national championships next week at the PGA National in Palm Beach Gardens, Florida. Making its fourth-consecutive appearance in the regional tournament, the women’s golf team finished 11th.

The NCAA Championships will be held in Palm Beach, Fla at the PGA National Resort next week, Tuesday-Saturday, May 14-18.