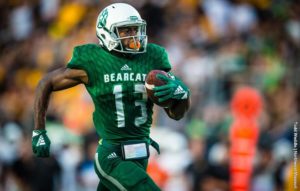 Former Northwest Missouri State wide receiver/returner Shawn Bane Jr. confirmed he has signed as an undrafted free agent with the Atlanta Falcons of the National Football League following the 2019 NFL Draft on Saturday.

Bane Jr. is only the third Bearcat to ever lead Northwest in receiving yards in four straight seasons (Jason Melnick and Jamaica Rector). 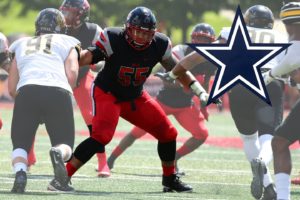 Puni was a three-time All-American as an offensive lineman at UCM. He was also a First Team All-MIAA pick and a D2CCA All-Region selection.

The veteran led the Mules offensive line in 2018 starting all 11 games after missing all of 2017 due to injury. He helped the Mules to an MIAA-best 466.2 yards of total offense, which included 291.1 yards per game through the air, second most in the league. Puni and his linemates gave up just 23 sacks, tied for the third-fewest in the MIAA. The Mules also rushed for more than 175 yards per game and 24 rushing scores.

Puni becomes the 54th Mule to sign a professional contract.