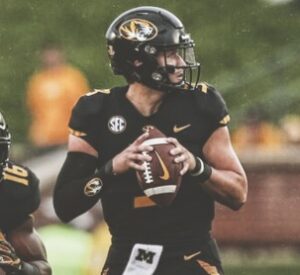 Former Missouri and Lee’s Summit High quarterback Drew Lock is still playing the wait-and-see game after going undrafted in the first round of the NFL Draft Thursday.

The 6-foot-4, 225-pound signal caller is the third-ranked quarterback in the draft class.