You are here: Home / Sports / Blues open second round with win over Stars 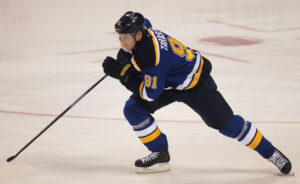 Vladimir Tarasenko scored twice as the Blues edged the Stars 3-2 in Game One of their second-round series in St. Louis.

Robby Fabbri staked the Blues to an early lead in the first period.

Tarasenko scored in both the second and third for St. Louis.

Jordan Binnington notched 27 saves as the Blues opened the series with a win.

Jason Spezza and Jamie Benn lit the lamp for Dallas in defeat. Ben Bishop gave up all three goals on 20 shots.