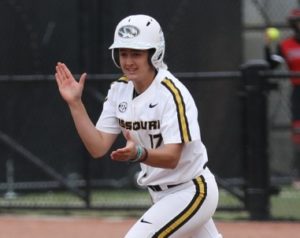 Mizzou Softball (29-18, 10-8) swept its weekday doubleheader against Southeast Missouri State (35-14), winning game one 4-3 and game two 4-1. The Tigers outscored SEMO 6-0 in the fifth inning or later over the two-game span. Mizzou starting pitchers Madi Norman and Cassie Gasper were both effective in their 6.0-inning outings, holding the Redhawks to just four combined runs. Gasper posted a career-high eight strikeouts in her game two start. Reliever Eli Daniel earned two saves on the day, working perfect seventh innings in both of the victories.

SEMO’s Addison Barnouski hit a three-run home run for SEMO’s only scoring in the top of the first inning during game one.

Mizzou has a six-game win streak heading to Starkville to face Mississippi State this weekend in SEC play.