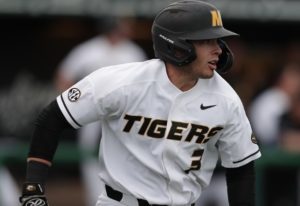 Mizzou Baseball (27-15-1) came up with a 6-2 victory over Missouri State to clinch a two-game series sweep over the Bears for the second season in a row. Overall, the Tigers and Bears are tied all-time in head-to-head matchups.

The Bears broke up the shutout in the ninth, using a leadoff walk to Ben Whetstone and back-to-back hits from Logan Geha and Dakota Kotowski to put its first run on the board. Brooks Zimmerman’s double-play grounder to second brought in a second run