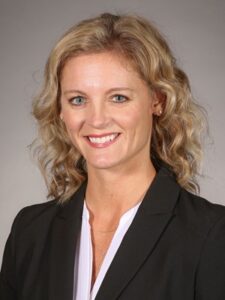 Harper posted a six-year coaching record of 118-79 at MSU, advancing to the postseason in each of her last five seasons with NCAA Tournament trips in 2016 and 2019 and WNIT appearances in 2015, 2017 and 2018. She ranks third in Missouri State history in coaching victories, and fifth in Missouri Valley Conference history with a .722 league winning percentage.

“I’m extremely happy for Kellie, Jon, Jackson and Kiley, as well as Kellie and Jon’s mothers – Peggy and Jackie – as they get the opportunity of a lifetime: to coach at her alma mater and one of the most storied programs in women’s basketball,” said Moats.

This year’s Lady Bears proved to be Harper’s best team yet, posting a 25-10 record, advancing to the NCAA Sweet 16 for the fourth time in school history, and finishing with a No. 24 ranking in the final USA Today Coaches Poll. After a slow start to the season, MSU won 24 of its next 26 games on the way to an NCAA third round loss to Stanford. The Lady Bears defeated three consecutive ranked clubs prior to Stanford, including No. 13 Iowa State on its home floor in the NCAA second round, and ended the season ranked 24th in the USA Today Coaches Poll.

“I am thankful to Kellie for restoring the pride back to Lady Bears basketball,” Moats added. “She not only was successful on the court, but recruited high quality players and high character student-athletes. She displayed class in everything she did. Her teams loved her and I know our fans did as well. I am forever grateful we were able to work together, and wish her nothing but the best as she embarks on her ‘dream job’ to restore the greatness at Tennessee. We are better off for having Coach Kellie for the past six years.”

After going 14-17 her first season, the Lady Bears rode a 10-game win streak in February and March to the MVC Tournament title game in year two, resulting in a WNIT berth. Missouri State won the Valley Tournament title in 2016, going 24-10 with an NCAA Tournament trip, and made the WNIT again in 2017 and 2018.

“We have already begun the process of finding a head coach,” Moats continued. “We have a coveted job. The program is a perennial conference contender and NCAA Tournament team. We have great tradition, facilities, fan support, and an outstanding group of players returning from a Sweet 16 team. The search will be national and open to all. We will look for the right person who fits well with our team, university and community, values academics, and has a proven track record of success.”