(audio is courtesy of KMIZ Television)

The runway at Columbia Regional Airport (COU) will be closed for emergency construction starting Tuesday. 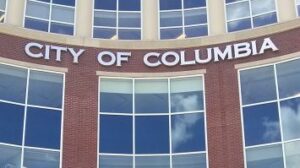 Columbia interim city manager John Glascock made the announcement during a Monday afternoon press conference, telling reporters that pilots have expressed concern about a “crown” on the runway.

Glascock tells reporters air service will be closed at Columbia Regional until next Tuesday, which is April 16.

Glascock says there’s an elevated crown on the runway, that’s causing concern. He says city officials want to address the pilots’ concerns and ensure customers have a good experience while traveling in and out of COU.

“The crown can cause the feeling of hitting a bump during take off and landing, even though runway 1331 is fully FAA-compliant, we want to address the pilot’s safety concerns,” says Glascock.

Mr. Glascock says the FAA requires the crown, to assist with water drainage. He says the emergency construction will allow for smoother take-offs and landings.