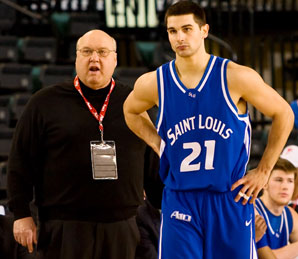 The late Rick Majerus is heading to the Hall of Fame.  The former Saint Louis University basketball coach has posthumously been selected to the National Collegiate Basketball Hall of Fame Class of 2019.  He will be enshrined in November in Kansas City, Missouri.  Majerus won 517 games in a 25-year coaching career at Marquette, Ball State, Utah and SLU.  He died in 2012 of heart failure.