A Missouri Senate committee is considering whether to create a no-fly zone for drones near the state’s prisons and mental hospitals. Mike Widdell, Senior Vice President with the St. Louis Cardinals, says he wants a requirement added that would also ban people from flying drones near Missouri sporting venues with at least 30,000 fans. 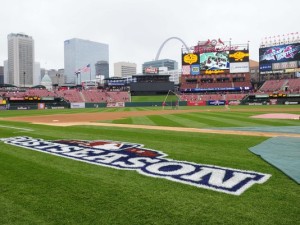 Current federal law bans aircraft, including drones, near major sporting events. During a public hearing Monday at the Missouri Capitol in Jefferson City, Widdell says the condition is also needed to prevent potential pranksters and keeping spectators from feeling scared.

“It would be another tool that the FBI could use in enforcing and going after a really bad actor and even somebody that may fly over knowing that they are doing it. We would want to prevent that because of the people that are in the stadium. It could cause mass panic,” he says.

The event settings would include Busch Stadium in St. Louis, Faurot Field in Columbia and Kauffman and Arrowhead Stadiums in Kansas City.

“The mass casualties that could be caused by a drone being used in this manner against an open-air sports facility with more than 30,000 human targets would be catastrophic,” says Widdell.

Under Desloge State Representative Mike Henderson’s bill, anyone who commits an offense near prisons or mental hospitals could be charged with a misdemeanor or felony – depending on the severity of the crime committed. The measure is intended to prevent illegal contents from being dropped on prison grounds for inmates to use, including drugs, weapons and phones for inmates.

The committee has not taken action on House Bill 324.