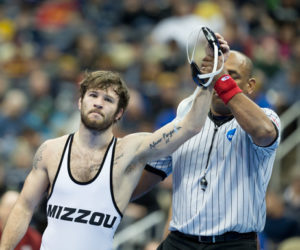 Mizzou Wrestling wrapped up its bouts at the 2019 NCAA Division I Championships Saturday afternoon (March 23) and saw four of its nine qualifiers place in the top six of their respective weight classes.