A St. Louis-area daycare has appealed the state’s intentions of closing the place after security video released last month showed a worker throwing a three-year-old against a cabinet. An employee at Brighter Day Care and Preschool in Pine Lawn has been fired and has been charged with child abuse in connection to the incident. Online court records state that Wilma Brown, 27, is being held without bond. 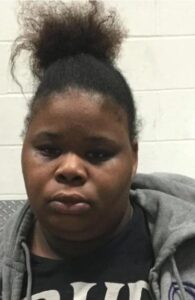 The victim had to have seven stitches on her head.

Missouri Department of Health and Senior Services spokesperson Lisa Cox tells Missourinet the attorney for the daycare has sent a fax to the department appealing the decision to revoke the daycare’s license at the end of this month. Attorney Timothy Smith has also requested a hearing before the Administration Hearing Commission about the matter. Cox says the commission will schedule a hearing.

The department has 90 days to file a complaint with the commission.

Brighter Day Care and Preschool will be allowed to continue operating during the appeals process.

During a press conference this month at the state Capitol in Jefferson City, Gov. Mike Parson condemned the allegations against the daycare.

“There is a number of quality daycare centers that do a great job every day. However, one case of abuse is too many,” the governor said.

“After seeing the horrific video last week at the Brighter Day Care in St. Louis and videos from multiple cases in recent weeks, we can do more to hold people accountable and work to prevent future incidents,” he says.

The group is charged with making recommendations to the governor by June 1.