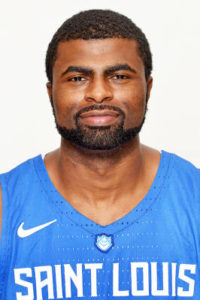 Playing their fourth game in four days, the Saint Louis Billikens men’s basketball will try to claim the Atlantic-10 Tournament and punch their ticket to the NCAA Tournament.  The Billikens will face St. Bonaventure at noon on Sunday.  SLU is coming off three straight wins over Richmond, Dayton and Davidson, the latest victory coming on Saturday.  Former Mizzou player Tramaine Isabell had 19 points and eight assists to help the sixth-seeded Saint Louis Billikens to a 67-44 rout of second-seed Davidson. Javon Bess scored 24 points.

Saint Louis went 14-of-30 in the second half and finished the game at 48 percent, including 8-of-17 from three-point range.

Isabell scored 24 points in their quarterfinal win over Dayton and had 17 in the Thursday night opening win over Richmond.  Isabell started his collegiate career at Missouri, playing two seasons from 2014 to 2016 and scored 4.1 ppg as a freshman and 6.2 ppg his sophomore season with the Tigers, before trasferring and playing one season at Drexel in 2017-18, leading the Dragons with 21.0 ppg.