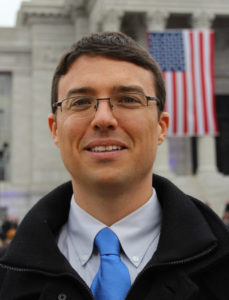 “Access Missouri – this is our only need-based aid program in the state of Missouri. It’s currently being funded at 72 percent,” says Kendrick, the ranking Democrat on the state House’s Budget Committee.

Kendrick says Parson’s program could cost more than $22 million – a number Parson announced during January’s State of the State Address.

“It would bring funding (of Access Missouri) up to around 84 percent. That’s still significantly underfunded and that’s money coming directly out of the pockets of some of our lowest-income individuals attempting to improve their lives and escape poverty by obtaining higher education,” says Kendrick.

He goes on to say the Fast Track program has some merit.