(NASCAR)—Kyle Busch is one win away from 200 victories in NASCAR’s thee top touring series after winning both weekend races at Phoenix.  Busch stretched his fuel and tires to the end, taking the lead from Ryan Blaney 16 laps from the end.  Martin Truex Jr., also got past Blaney to finish second. 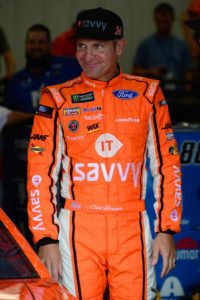 Sometime-Missourian Clint Bowyer (right) spent much of the race in the top ten and broke into the top five before fading to eleventh at the end.

Fifty-two of Busch’s wins are in Cup racing, eleventh on the all-time list.  Jimmie Johnson, with 83 victories, is the only active driver with more.  He is now three behind Rusty Wallace, Missouri’s winningest Cup driver.  Ninety-four of his victories are in the second-tier series and he has fifty-three truck series wins.

Richard Petty is the all-time leader in NASCAR Cup racing with 200 wins.  Busch could become the first driver in NASCAR history to top 200 victories in all of the major touring series next weekend when the show moves to Fontana, California, the final race on NASCAR’s western tour.

(INDYCAR)—2017 IndyCar champion Josef Newgarden has started his campaign to regain the top spot with a win on the streets of St. Petersburg Florida. 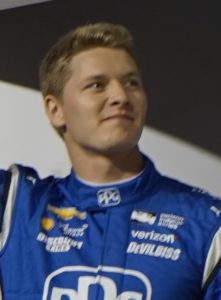 Dixon thought he could have made more of a race of it if he had been able to get through lapped traffic better. But, “once we caught the traffic, it wasn’t enough.”

Rookie Felix Rosenqvist, a Swedish driver for Chip Gansassi Racing, led thirty-one laps but was done in by poor pit stops and finished fourth.  He called his race “better off than anyone would have expected.”

The race had only two caution flags, the fewest in the 16 years the event has been run.

IndyCar’s second race of the season is on the Circuit of the Americas near Austin, Texas in two weeks.

(FORMULA 1)—Formula 1 kicks off its season next weekend in Australia. Lewis Hamilton will be looking for his sixth championship, one behind all-time champion Michael Schumacher. 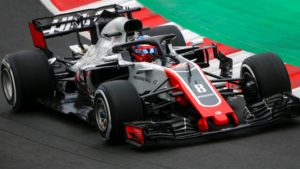 The American team, Haas Racing, showed some solid promise in the brief winter tests but is considered one of the top mid-pack teams going into 2019. Driver Kevin Magnussen finished ninth in the overall standings in 2018. Romaine Grossjean was 14th.  Haas finished fifth in the team standings last year but some observers think the improved Ferrari engines the team will use could move it up a spot.

Haas is owned by Gene Haas, the co-owner of the Stewart-Haas NASCAR team.