The Unclaimed Property Division within the Missouri Treasurer’s Office is like a treasure chest of items with historical, sentimental and monetary value. State Treasurer Scott Fitzpatrick tells Missourinet you never know what you are going to find. 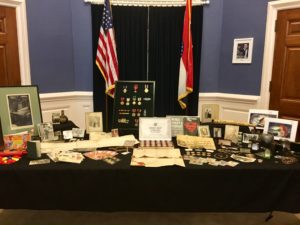 Whether a potential bank robber got cold feet is the million dollar question.

Fitzpatrick goes on to say that an eastern Missouri bank once opened a safe deposit box and found a dead cat inside.

Some of the items of historical significance include a copy of a land grant from the 1850s with the signature of then-President James Buchanan and a newspaper copy announcing the 1945 death of President Franklin Roosevelt with Missouri’s own Harry Truman succeeding him.

Buchanan served as president from 1857 to 1861. Whether the signature is really Buchanan’s is a mystery because federal law allowed his secretary to ink the president’s name. 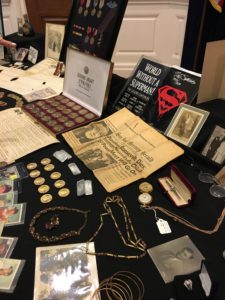 The office also has valuables like a one-dollar bill from 1862 with an estimated worth of $500 to $1,000, about $50,000 in coins and two original frames from the Little Mermaid movie. Fitzpatrick says the $2,400 price tag is still attached to the frames.

Superman comic books, family heirlooms, an autographed picture of former Cardinals player Stan Musial and several military medals are also waiting for their rightful owners or the heirs of their owners.

Fitzpatrick says the military medals, including a Purple Heart and Bronze Star, will stay put.

“The other unclaimed property, at a certain point if we can’t return it, it will go to auction it off but we will never auction off a military award or a commendation,” says Fitzpatrick.

The office gets about 1,000 safe deposit boxes annually and it’s holding about $1 billion in unclaimed items.

To see if you have property waiting for you, go to ShowMeMoney.com