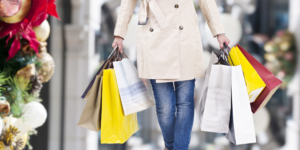 Discount retail chain Shopko is closing its stores in several small Missouri towns this year and putting dozens of workers out of jobs.

The estimated last day of operation for the stores are:
Albany: March 2
Carrollton: April 7
Memphis: April 14
Gallatin and Doniphan: May 5
Trenton and Eldorado Springs: May 12

Shopko reports full- and part-time employees affected by the closures include at least 47 workers.

John Anthony of Missourinet affiliate KTTN in Trenton contributed to this story.