You are here: Home / Sports / Turnovers doom Mizzou in loss at Ole Miss 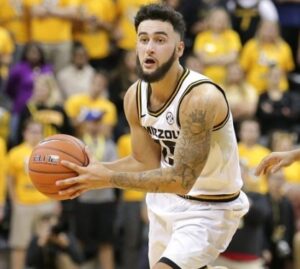 Mizzou Men’s Basketball fell short on the road at Ole Miss, 75-65, on Saturday afternoon. The Tigers outrebounded Ole Miss 37-21, Mizzou’s largest rebounding margin of the season, and shot 47.1 percent from the field, but couldn’t overcome 25 costly turnovers despite a second-half surge.

Senior Jordan Geist poured in a game-high 23 points. He notched 19 of those 23 in the second half and surpassed the 20-point mark for the sixth time this season, adding four assists in 34 minutes. Geist’s strong second half willed the Tigers to within seven with 4:03 remaining on an old-fashioned 3-point play, but Ole Miss answered with a game-sealing 10-2 run to close out its victory.