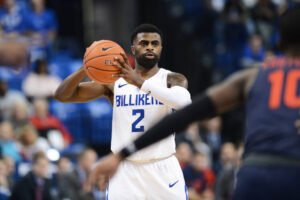 The Hawks, who handed the Billikens their largest defeat of the season, received a game-high 28 points from Charlie Brown. He made his first nine shots from the floor and also finished with a team-high nine rebounds.

Hasahn French, who finished with six points and seven rebounds, made the game’s first bucket to give SLU an early lead, but Saint Joseph’s responded with an 8-0 run to grab a lead it wouldn’t relinquish.

It was a manageable deficit for the Billikens at halftime as they trailed by 11 at 45-34. But SLU couldn’t get anything going in the beginning stages of the second half, and the Hawks continued to grow their margin and never looked back.

The Billikens are back in action on Wednesday when they face George Washington in Washington, D.C. Game time is 5:30 p.m.