Missouri Farm Service Agency Director Brent Hampy says employees at county offices are working hard to get farmers the programs they need – now that the government is fully open. Brent Hampy tells Brownfield Ag News attitudes have been great all around. 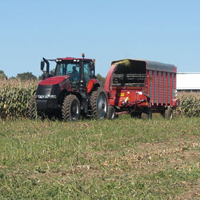 “Both from our employees have been under strain and the producers – both from the agriculture side and the frustration of waiting on FSA to reopen,” says Hampy. “So, we appreciate everyone’s patience and we’re working diligently to serve them.”

Hampy says the second Market Facilitation Program payments are on track and have begun going out to farmers. Those are trade mitigation payments to farmers for financial losses because of the trade war with China.

“Everybody that I’ve talked to has received a check that was due a check. I know that we have a few more to process,” he says. “There’s a few more people that need to bring in and complete some forms before that happens. So, we’d encourage them to do that.”

The amount of work depends on the circumstances in each county.

“We have some LFP (Livestock Facilitation Program) down in southwest Missouri that’s going to be a challenge to get completed by that 14th deadline but we’re working very hard at that,” Hampy says.

Most FSA program deadlines have been moved to February 14th. That date is before the potential of another government shutdown.