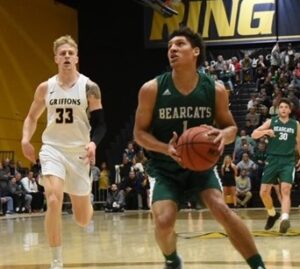 The Northwest Missouri State men’s basketball team extended the nation’s longest win streak to 17 with an 87-64 win at Missouri Western on Saturday at the MWSU Fieldhouse. Northwest (17-0 overall, 7-0 MIAA) also tallied its eighth straight road victory, which is the third-longest active streak in all of NCAA Division II basketball. Missouri Western dropped to 8-10 overall and 2-5 in MIAA action.