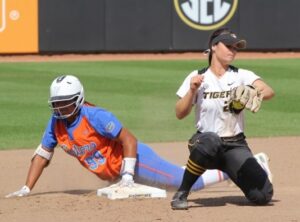 The Mizzou softball team, under the direction for first-year coach Larissa Anderson, were picked for 13th and last in the SEC coaches preseason poll.  Anderson takes over a Tigers team that went 30-29 overall and made it to NCAA regionals where they went 2-1 before bowing out to host Oklahoma.

Florida, the defending SEC champion, has been tabbed as the preseason favorite for the 2019 season after a vote of the 13 SEC head coaches in the annual preseason poll.