The National Weather Service is forecasting an arctic blast for the Chiefs and Patriots AFC championship game Sunday in Kansas City.  Temperatures could range from 10 degrees to below zero, making it potentially the coldest game in Arrowhead Stadium history.  Kickoff will be at 5:40.  One of the coldest games in NFL history was the Chiefs-Colts playoff game on Jan. 7, 1996 where the temperature was -6.

Here’s a look at the three coldest conference championship games in NFL history. 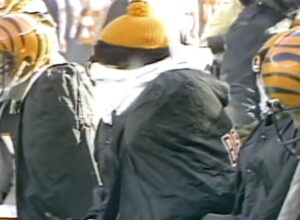 The Freezer Bowl is called as the coldest game in NFL history. Spurred by a low-pressure storm off Canada’s Hudson Bay, the game-time temperature read -9 °F, but the wind made it feel like -38 °F (often cited as -59 °F under the old wind-chill formula). 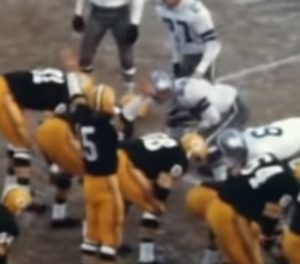 Played at Lambeau Field on December 31, the temperature at game time registered a frigid 13 degrees below zero. Nonetheless, more than 50,000 fans braved the elements that New Year’s Eve and watched as the Packers claimed their third consecutive NFL title, with a 21-17 victory. 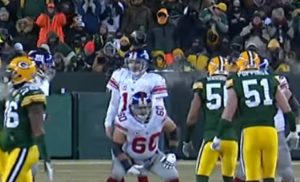 The 2007 season’s NFC Championship, Eli Manning and the Giants advance to Super Bowl XLII with an upset of the Packers on their frozen tundra of Lambeau Field. The Giants then denied the Patriots a Super Bowl title and perfect 19-0 record two weeks later.