You are here: Home / Legislature / Republican state Senator has slew of measures to limit taxes and government spending

While some members of the Democratic minority in the Missouri General Assembly have felt emboldened to offer progressive proposals lately, the Republican majority is still focused on its priorities during the December pre-filing period for legislation.

After three red states passed Medicaid expansion in November’s election, a slew of bills aimed at achieving the same goal, either through ballot measures or the legislative process, have been filed by Democrats (although a recent court decision threatens the federal program’s existence after the ruling struck down the overarching health care law it falls under). Democrats are also encouraged by the passage of progressive ballot measures that limit money in politics, legalize medical marijuana and raise the minimum wage.

But the majority of proposals pre-filed for the upcoming legislative session represent areas of interest for Republicans and conservatives. 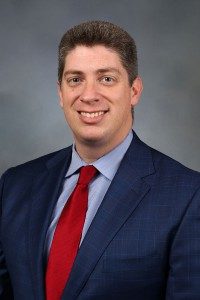 One of them is based on legislation Colorado has had in place since 1992 called the “Taxpayer Bill of Rights”.

A Taxpayer Bill of Rights is a constitutional measure that limits the annual growth in state spending to the combined total of the annual inflation rate and the annual percentage change in the state’s population. If inflation is 2% and the state population grows by 1%, then spending can only increase by 3%. The balance of any revenue collected must be returned to taxpayers.

Senator Eigel’s rendition of the measure calls for money collected over the threshold to be used to reduce income taxes. He says it’s a tax cut that’s paid for because the money would already be in place.

“It would say we’re limiting the growth of the budget, and then any increase in revenues that come in above that threshold are what will be turned into tax cuts on the other side,” says Eigel.

Under the measure proposed, the tax cuts would be incremental. Every 2.5% of revenue growth over the threshold would trigger a tax reduction of 0.1% (one-tenth of one percent).

The left-leaning Center on Budget and Policy Priorities has criticized the Colorado law, saying it’s led to annual cuts in state services because the formula doesn’t keep pace with growth in the cost of maintaining those services.

Another constitutional amendment proposed by Senator Eigel would prevent state agencies and departments from implementing programs that impact revenue collections, such as tax exemptions and credits, without money to cover them being earmarked by the legislature.

Eigel says it would ensure lawmakers supervise the use of state money.

“It changes the process a little bit and gives the legislature more positive control of exemptions, credit programs, a lot of times that are decided and ruled upon outside the legislature, even though the legislature has the power of the purse,” Eigel says.

The first-term senator also has pre-filed a proposal that would require local tax increases at the county and city level to receive 50% of the vote in an election in which at least 50% percent of the registered voters cast a ballot. Eigel contends the measure would prevent counties and cities from burying major tax hikes on the ballot in low turnout elections.

“Municipalities will try to increase the odds of success for tax increase measures by holding them in an off election, in the April election and the August election to a certain degree, because turnout is so low and it’s easier to turn out just enough votes to get something passed,” says Eigel.

In addition, Senator Eigel pre-filed a fourth constitutional amendment, which would ask voters if they want to prohibit local counties from imposing taxes on personal property such as cars, boats, etc. The system of local levies on such items has long been in place in Missouri.

One would require businesses that don’t have a physical presence in Missouri to collect sales taxes on behalf of the state. The U.S. Supreme Court opened the option for states to do so in June when it overturned a 1992 statute. That law barred states from collecting taxes through remote businesses primarily to protect mail order sales in an era before Amazon (1994) and E-Bay (1995) were founded.

The other bill from Senator Eigel would increase the state sales tax rate from 4.225% to 6.225% but would cap the combined rate of local and state taxes at 8.775%. Jurisdictions that already exceed that figure would not have to reduce local taxes but would be barred from imposing further hikes.

Eigel says his legislation strives to be revenue neutral because there’s unease among lawmakers over tax reductions that leave a hole in the state budget, especially as it applies to income taxes.

“We’re trying to get around that by creating a series of revenue-neutral bills where we’re cutting the income tax but we’re immediately replacing it with something else,” Eigel says.