Missouri has been on the national stage for various purposes this year, including political and tragic reasons. As another year comes to a close, here’s a look back at some of the top stories of 2018:

Wild year leads to Eric Greitens stepping down
The storm of allegations and resignation of former Governor Eric Greitens is a story that reached worldwide. Greitens was accused of taking and threatening to release a sexual photo of his ex-mistress, taking a donor list without proper permission to bankroll his campaign, dodging open records laws and violating campaign finance regulations.

The accusations led to court battles and felony charges against Greitens and an investigation by a special Missouri House committee. The committee was charged with deciding whether impeachment proceedings should be launched.

Greitens was set to go on trial in May for a felony invasion of privacy charge. Rows and rows of press from far and wide came to Missouri to cover the case.

The former governor’s legal team ultimately offered up Greitens’ resignation in exchange for dropping all charges. St. Louis prosecutor Kim Gardner took the deal – leading to the trial being called off.

The Missouri Ethics Commission closed a case against Greitens, his campaign committee, Greitens For Missouri, and campaign associate Danny Laub. The case was closed even though the Commission found “reasonable grounds” to believe a criminal violation occurred when the campaign committee submitted an amended Quarterly Report in April 2015.

The Commission voted to refer its case in which it found Laub could have committed a criminal violation to Cole County Prosecutor Mark Richardson in June. Richardson declined to take the case, stating that there’s no evidence of a violation.

The Commission’s Executive Director, Elizabeth Ziegler, stated that it had no authority to take any further action against Greitens or his campaign but noted Missouri law allows for criminal prosecution up to three years after an alleged offense.

When Greitens announced his resignation in May, he said he had not broken any laws. He blamed his opponents for designing attacks against him.

“Let us walk off the battlefield with our heads held high. We have a good and proud story to tell our children,” he said. “This is not the end of our fight. I will always be a fighter for the people of Missouri. The time has come though, to tend to those who have been wounded and to care for those who need us most.”

His resignation moved Republican Mike Parson to the Governor’s Office and Mike Kehoe was appointed as lieutenant governor.

Many reputable pollsters put November’s U.S. Senate race in Missouri at a virtual tie – prompting Republicans at the national level to spend a great deal of time and money in the Show Me State. President Trump visited the state seven times during the election cycle in support of Hawley. Final election results put Hawley on top with 51 percent of the vote to McCaskill’s 46 percent.

Hawley blasted Obamacare by saying health insurance costs must decline, cover people with pre-existing conditions and let young folks be on their parents’ insurance until age 26.

McCaskill said a lawsuit Hawley has joined with 19 other states against the Affordable Care Act “would gut critical protections for those with pre-existing conditions.” She has repeatedly said the federal health care law need to be fixed, but repealing the law is not the answer.

McCaskill, who has served for twelve years in the upper chamber, voted “no” on the nomination of Judge Brett Kavanaugh to the U.S. Supreme Court. She said the sexual assault allegations against Kavanaugh are “troubling and deserve a thorough and fair examination” by the Senate Judiciary Committee, but her decision is not based on those allegations. She says she opposes Kavanaugh’s positions on key issues, including dark money.

Some manufacturers have also expressed vocal displeasure with President Trump’s 25% tariff on steel imports and 10% on aluminum. The U.S. Chamber of Commerce estimates Missouri could lose $880 million from the tariffs.

McCaskill opposes the tariffs and says Trump’s approach to the trade battle is costing Missouri jobs and threatening Missouri’s agriculture producers. She has criticized the administration’s backlog of companies applying for federal tariff exemptions as “picking winners and losers”.

Hawley has been vigorously supportive of the tariffs and says the President should continue to press forward to force China into a better trade deal with the U.S.

During a stop in Kansas City this year in support of Hawley, President Trump defended his trade approach by pleading for the public to “be a little patient” and contended that farmers would eventually be “the biggest beneficiary”.

Missouri voters overwhelmingly reject Right to work measure, but the union battle continues
State Representative Holly Rehder, R-Sikeston, sponsored a Right-to-Work bill in the 2017 legislative session that would have banned workers from having to join a union as a condition of employment. It raced through the General Assembly and was signed into law by former Gov. Eric Greitens.

Rushing the legislation to the finish line gave labor groups more time to gather enough signatures for a public vote. In August, voters strongly opposed a ballot measure that asked whether Missouri should be a “Right to work” state. It lost by a landslide 67-to-32 percent margin.

Opponents of the measure had a major financial advantage in the primary election. Labor organizations from inside and outside Missouri poured money into the effort to prevent Missouri from becoming a “Right to work” state. The lead group behind the opposition, We are Missouri, spent $15.3 million, according to its filings with the Missouri Ethics Commission.

Despite the wishes of voters, State Senator-elect Eric Burlison, R-Springfield, has pre-filed a bill that would make Missouri a “Right to work” state. He has filed similar measures during his previous days in the Missouri House of Representatives.

Deadly duck boat sinking
Ride the Ducks Branson remains closed after one of its amphibious vessels went underwater in July – killing 17 people aboard during a fast-moving storm. Video of the tragedy was plastered on national television for several days after the boat sinking on Table Rock Lake in Branson.

Several lawsuits have been filed by family members of some of the victims against the companies who own the operation. Those cases are ongoing, along with state and federal investigations. Officials have said a full investigation could take at least one year.

A grand jury has indicted the captain of the fatal incident. In November, Kenneth Scott McKee of Mount Vernon was charged with 17 counts for alleged misconduct, negligence and inattention to duty resulting in death.

According to Tim Garrison, the U.S. Attorney for the Western District of Missouri, the indictment alleges that McKee failed to properly assess incoming severe weather both prior to and after entering the water and McKee entered the boat on the water while there was severe weather, including high winds and lightning approaching the area.

Garrison says the indictment also details that McKee operated the vessel in violation of the conditions and limitations specified in the vessel’s U.S. Coast Guard certificate of inspection and operated the amphibious boat in weather which generated wind speeds and wave heights which exceeded those for which the vessel was rated. National Transportation Safety Board investigators say winds of more than 70 miles per hour were registered by a nearby vessel.

Further, McKee is alleged to have failed to tell passengers to put their life jackets on, immediately increase the speed of the boat and make the most direct path to shore when severe weather arrived. Garrison says McKee also failed to cause or allow the boat’s side curtains to be lowered and did not have them raised during severe weather.

McKee faces a class C felony with a prison sentence of up to ten years and a $250,000 fine.

Former Missouri education commissioner gets her old job back

In 2019, Margie Vandeven will return as the commissioner of the Missouri Department of Elementary and Secondary Education. The Missouri Board of Education unanimously voted in favor last month of choosing Vandeven to lead the department again.

Vandeven was nominated for the job by an unknown individual.

Her return will come about one year after drama unfolded and five temporary board members voted in favor of firing Vandeven. The members, who are no longer serving, were appointed by former Gov. Eric Greitens. He appointed and fired members until he found enough who would agree to terminate Vandeven.

Vandeven will earn an annual salary of nearly $200,000. The department head will work with 518 Missouri public school districts and roughly 1,650 state employees.

Southeast Missouri company gets hammered by Trump’s steel tariff
Mid Continent Nail Corporation in southeast Missouri’s Poplar Bluff has been waiting for the U.S. Commerce Department to make decisions on its exemption requests filed six months ago. The exclusions involve President Trump’s 25 percent tariff on foreign steel. Mid Continent gets its steel from its own parent company in Mexico. 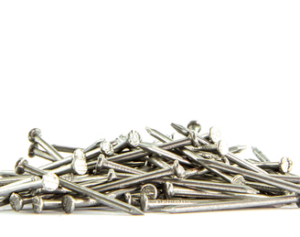 Since the tariffs began in June, the nail factory has slashed some 200 jobs and business declined almost immediately by about 75 percent.

Mid Continent has historically been one of the largest employers in Butler County and the second largest one in Poplar Bluff. Nine out of the state’s ten poorest counties are in southeast Missouri.

The company – the last major U.S. nail manufacturer – says soaring costs from the steel tariffs have raised the price of the raw materials it uses to make nails. The increased prices have made customers turn to cheaper nails in counties like China, Taiwan and India.

The U.S. Commerce Department has slowly answered exemption requests – leaving the future of many of U.S. companies, including Mid Continent, in a major bind. Some Missouri lawmakers have called on the Trump Administration to quickly grant exemptions to the factory, but whatever pressure has been applied has not resolved the issue thus far.

Missouri highway funding ballot measure goes downhill
Despite support from a bipartisan chorus of state officials, a fuel tax hike ballot measure failed in November’s general election. The initiative, known as Proposition D, was voted down by a 54 to 46 margin. 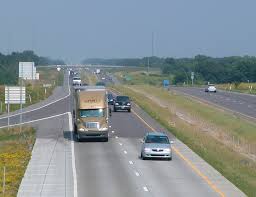 It would have increased the tax by 2.5 cents annually over four years to help pay for Missouri’s roads and bridges and Missouri Highway Patrol enforcement. The measure would also have asked voters if Olympic medals should be tax exempt for Missourians who win them.

The Missouri Transportation Department has about $8 billion in unfunded needs.
Some Missourians have criticized an increase and have questioned the money management of the department. State Senator Bill Eigel, R-Weldon Spring, says raising taxes to try and solve problems is not a conservative solution.

According to AAA auto club spokesman Mike Right, he says the ballot language could have led to the measure’s failure.

“A lot of people that I spoke with that actually voted no were concerned about the way the proposition was worded,” Right says. “Otherwise, they had no problem with the gas tax increase in terms of their additional spend or the need to have additional revenue. Their concern was a bait and switch.”

Right thinks the legislature will make highway funding a key issue in the upcoming legislative session. He says lawmakers could also choose to reword the ballot language and put the issue back before Missouri voters.

The state’s gasoline tax of 17-cents per gallon has not increased since 1996.

The countdown to the final moments of 2018 will soon be upon us. Next year will bring a new list of exciting stories Missourinet will hit the ground running with for the Show Me State.