You are here: Home / News / Springfield Police meet with Me Too group after CNN reports on discarded rape test kits

It’s been less than a month since CNN spotlighted Springfield Police for destroying years worth of untested rape kits. Since then, Springfield Police Chief Paul Williams has been on damage control, reassuring the public that those are no longer the practices of the department. 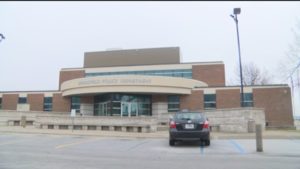 “The number one negative perception that came out of that is that that’s how we are today,” says Williams. “It seems like people today read headlines and they listen to a thirty-second snippet and they don’t dive into the rest of it.”

CNN reported that Williams told the rape victim advocacy group Me Too that the department will review sex crimes cases in which the agency destroyed rape kits.  The chief said the department’s review will focus on the 108 rape kits that CNN identified as being destroyed since 2010.

In early December, Williams apologized to sexual assault victims and invited them to contact him if they felt their cases were mishandled.  He says the Me Too group has been looking for an explanation.

Kelsey Nichol, Vice President of Springfield Me Too, says her team was looking for justice when it met with the department.  “We walked in really apprehensive. Really prepared to, honestly prepared to start a war,” Nichol says.

Perhaps to the surprise of both police and Me Too, the meeting ended with an agreement.

“I certainly walked away very happy with the response from the group,” Chief Williams says.

Williams says he listened to a Me Too suggestion to change one department practice.

“They had a ‘rape prevention’ list and it wasn’t very victim-centered,” Me Too’s Nichol says. “There’s really no way to prevent rape.”

Chief Williams said the two sides were able to compromise on issues that separate them.

“They had some good suggestions on things they’d like to see. Some things I agreed to,” Williams says.  “Other things I said, ‘No, we are not going to do that.’ The suggestion that we contact the victims whose kits had been disposed of and let them know that, that’s absolutely not a victim-centered approach.”

Nichol accepted that it would not be productive to revisit sexual assault experienced by the victims.

“Bringing this back up brings a lot of secondary trauma,” Nichol says.  “So, we now know that this wasn’t necessarily the best request.”

She noted the police department has offered to take other steps in the fight against rape.

“So, we’re excited about their plan,” Nichols said.  “They’re working with the victim’s center to set up a hotline for victims to call in and contact them about cases.”

Williams also says he’ll add a Me Too representative onto his Chief’s Community Advisory Group who will provide a victim-centered perspective on community discussions with the chief in the future.