You are here: Home / Legislature / Missouri Representative to bring back bill to ban texting while driving 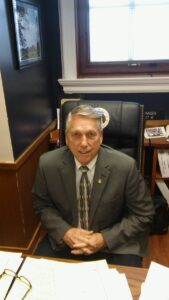 “There’s been a few bills last year along that line,” he says. “I’m going to still try to be involved in that process on my bill or somebody else’s bill to maybe elevate the texting while driving safety issue that we have.”

Hansen says he wants to put a game plan together with other legislators to push the issue forward. He mentions possible media coverage to get the word out and “put some pressure” on House and Senate leadership.