The FCC is overseeing changes in television broadcast frequencies across the country and in Missouri in order to make more airwaves available for 5G and high-speed mobile broadcast services. 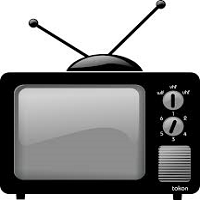 Those who watch free, over-the-air television using rooftop or indoor antennas are being impacted by frequency changes being made. About half of all full-power and Class A low power TV stations on channels 2 through 69 either have or will change their broadcast frequencies to accommodate the wireless media expansion.

Viewers are being asked to “re-scan” their TV’s to avoid any disruption in reception.

Jean Kiddoo, who chairs a task force with the Federal Communications Commission (FCC), says technology exists so that the actual TV channel on the dial won’t change. “For the viewers who are used to tuning to channel 5 to get a program, it’ll still be channel 5 and it won’t be confusing,” said Kiddoo.

Congress authorized auctions in 2012 to re-purpose spectrum for new users. In March of 2016, the first of those activities took place.

A “reverse” auction allowed participating TV broadcasters to bid against each other in order to sell their spectrum to the FCC.  The agency purchased the spectrum from the broadcaster who bid the lowest selling price.  It says it’s paying the broadcasters a total of $10.5 billion for the wireless spectrum.

The FCC then held a “forward” auction in which it sold the spectrum it acquired from the over-the-air TV broadcasters to the highest bidders.  It announced the biggest winners in that event last year as T-Mobile, Dish Network and cable giant Comcast.  AT&T and Verizon also made bids as did Dish Network.

The auction yielded $19.8 billion in revenue with the FCC claiming that more than $7 billion would be deposited to the U.S. Treasury for deficit reduction.

Kiddoo, who is the agency’s chair of its Incentive Auction Task Force, said the FCC is now focused on the transition to get the spectrum realigned for the wireless carriers to be able to use it, and for the broadcaster to move to a consolidated portion of the airwave band.

The agency has a page on its website to assist consumers in re-scanning their TV’s in order to avoid disruption when local stations make frequency changes   To re-scan, viewers will need to find “auto-tune” or “re-scan” in the “setup” menu of their TV or converter box remote control.

Kiddoo says it’s a good idea to re-scan TVs on a regular basis because broadcasters are adding more content on their digital sub-channels.  “We’re seeing a lot more of that, so if a viewer hasn’t re-scanned in a while or since they bought their TV, and they re-scan, they may find that there are a lot more channels available than they thought they had,” Kiddoo said.

Consumers are able to see which stations in their market are changing frequencies and at what point in time on another page at the FCC website.  A quick look and typing in of a zip code brought up a list of 14 TV channels that reach into the St. Louis market.  Six of those channels will be moving frequencies.  One, KETC, a PBS station on channel 9, has already done so.  The five others will change their frequencies between January and June of 2020.

Kiddoo notes TV stations are going to be notifying viewers prior to the change of their frequencies by airing public service announcements and on-screen messages.  “There are important services that local television stations provide, local emergency alerts and news programming and other local programming that we want to make sure that the viewers aren’t inconvenienced or left without it,” said Kiddoo.

The frequency change process has recently started and will affect the tens of millions of U.S. households who watch over-the-air television during a roughly a year-and-a-half time period.