A limited elk hunting season could begin as early as the year 2020, according to the Missouri Department of Conservation. 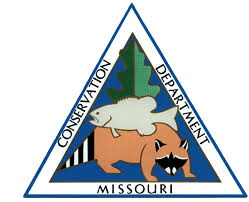 This week, the agency is asking hunters for their input on developing the framework for the hunt. Department of Conservation Elk Program Manager David Hasenbeck says the conservation department is closing in on three benchmarks in order to start a limited elk hunting season. Those include a steady growth rate, a good sex ratio of bulls to cows, and a population of more than 200 elk.

Elk was a native species in Missouri until overhunting led to their extinction within the state in the early 1900s. Roughly 110 brought from a wild Kentucky herd in 2011 and released at Peck Ranch Conservation Area in the southeast part of the state.  The herd has since grown to 175 animals.   This week, several workshops are being held in Carter, Reynolds and Shannon counties near Peck Ranch.

Hasenbeck says some main items they want feedback on include different methods of hunting, when the season will be and how to give out tags.

“What we are looking to do is create a very simple and very fair process where everyone who has an interest in hunting elk in Missouri will have the opportunity to pursue elk in the future,” said Hasenbeck. “Now it is going to be very limited tags initially. What number we release we are not certain of yet. But certainly over time as the heard grows we will become more liberal with permits.”

Gary Senn from southeast Missouri’s Scott City has gone on dozens of elk hunts in places like Colorado. He said there are more applicants than available tags in many states that already have elk hunting.

“It will probably be a lottery-type drawing. I assume, with a limited number of hunters, but whoever draws those tags will be in for a great hunt,” said Senn. “It will be really exciting to hunt elk in Missouri where they have not been hunted in 150 years or so.”

There is one more workshop being held December 6 from 6-8 p.m. in Eminence, Missouri inside the High School Cafeteria at 17829 South Sixth St.

You can also submit comments online here at ‘Provide Your Comments.’

Previous Post: « St. Louis lands one of the eight franchises for the re-booted XFL in 2020. Games will be played at the dome
Next Post: Blunt on Bush’s Missouri family connections »