A ballot measure about restrictions for campaign donations, lobbyist gifts to lawmakers and legislative redistricting has been endorsed by Missourians. Critics say the effort is meant to redraw legislative districts to favor Democrats. 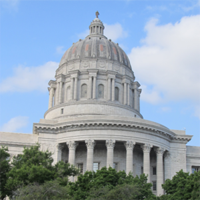 Benjamin Singer, the spokesman for the initiative known as Clean Missouri, says regardless of whether a demographer or a citizen commission draws up the districts, the measure strictly calls for fairness.

“They have to follow the new Constitutional criteria that enforce compactness, competitiveness, fairness and protecting minority representation,” he says.

Singer says the effort is different from dark money organizations that do not disclose their identities or priorities.

“Anyone can Google it and see who they are and what they are all about,” he says. “No secrecy there. We are proud to be open and transparent.”

Opponents say Clean Missouri is classified as an organization that does not have to report donors and receives money from similar groups.