President Trump touted his steel tariffs at his rally Thursday night in mid-Missouri’s Columbia, saying, “Billions of dollars will be flowing into our coffers.” 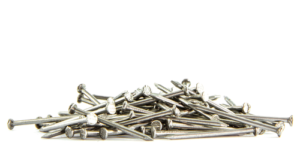 Workers at a struggling nail factory in southeast Missouri’s Poplar Bluff say they can not make it to the President’s rally 75 miles down the road in Cape Girardeau Monday, but they still want a chance to convince him to save their jobs.

Mid Continent Steel & Wire has lost close to 200 employees and more than 70 percent of its sales since the President’s steel tariffs took effect June 1.

Operations General Manager Chris Pratt says the company has completed every step in the tariff exclusion process but they’re still waiting on a response from the U.S. Commerce Department.

Pratt believes the nail factory is the “poster child” for exclusions and he wants the opportunity to prove it to the President face to face.  “We are not stopping,” Pratt said. “We’re going to fight this until the end. That is what I’d want to say to him. I’d want to bring my papers. I want to bring my evidence. You’re going to know from everything that we show you that we are the best case for exclusions and you’ll sign it and I want to be the guy to hand you the pen.”

Pratt also says the promises made to him and other nail factory employees is going to play a big factor in how he votes during the midterm elections next week.

Republican Congressman Jason Smith, whose district includes the nail factory, has remains and enthusiastic an vocal supporter of the President and his trade policies.