A mid-Missouri caretaker charged with felony child abuse in connection with the case of a four-year-old Jefferson City boy who was found dead Tuesday is being held without bond tonight. 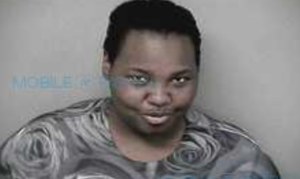 The probable cause statement says Gray’s body was found Tuesday in the 2100 block of Louis Circle in Jefferson City, concealed in a wooded area. The court document quotes Givens as telling investigators she knew the location of the body, which was consistent with where Gray was located.

The court document says Givens admitted on Tuesday to inflicting injury by saying “I may have hit him wrong.”

Cole County Circuit Judge Daniel Green has denied bond for Givens, who allegedly planned to travel to Florida to get out of the area. That allegation is contained in the court document.

Givens reportedly told Jefferson City Police detectives that the boy was last seen between 11 and midnight on October 24, when he went to sleep.

The probable cause statement says Givens originally told police that the child was either abducted from the home or ran away from the residence.

More than 100 first responders were involved in the search for Gray. The case has attracted news media coverage across the state.

“On behalf of the residents of the 5th District, I offer our condolences and prayers to the family of Darnell Gray. The loss of such a precious child this early in life is a terrible tragedy, and our hearts go out to his family. I would like to thank law enforcement for all their efforts in working to resolve this case. I hope that the investigation brings closure to the family and justice for Darnell.”

Click here to read the Jefferson City Police Department’s probable cause statement in the case: