Monday marks day four of the search for a missing four-year-old Jefferson City boy. Law enforcement and the community have been vigorously looking for Darnell Gray. 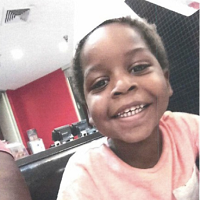 Gray’s caregiver reported that the boy was last seen between 11:00 pm and midnight on October 24, when he went to sleep. At 7:00 a.m. On October 25, she discovered that the boy had vanished.

During a press conference today, Jefferson City Police Lt. Dave Williams says some 100 officers and first responders are involved in the search. Agencies include Jefferson City police officers, state patrol troopers, fire officials, Cole County sheriff’s deputies and the FBI. He urges citizens to leave the search to the professionals. Williams says officials have knocked on area doors and re-knocked on them.

Williams says authorities have made many efforts to bring the child home.

“Originally on Thursday, we had the assistance of the Missouri State Highway Patrol. They put their helicopter up using all the technology that is available. We also put our departmental drone up. There have been dogs,” Williams says. “The Missouri State Highway Patrol dive team, as you’ve probably seen. They’ve actually searched several bodies of water for us. We’ve since drained one of those bodies of water, just to make sure we covered all of our bases.”

The search area has expanded since Thursday, but Williams did not elaborate on the boundaries. He says the case is not considered a criminal one or a recovery operation at this point.

“Right now, this is still an investigation for a missing four-year-old, endangered. Of course, there’s always an investigation element to it,” he says. “We have two separate things running right now, because we don’t know how this is going to end. So, we can’t wait until tragedy before we start looking at an investigation.”

Details about how the boy disappeared are unknown. Williams says he is not able to say how the boy left the home.

“The caregiver told us that when she noticed that he was no longer in the home, she went out of a door that she believed he went out of,” Williams says. “We have no way to verify whether that door was locked or not. We can only rely on the information that she’s giving us.”

He says the door the caregiver referenced is a standard door that a four-year-old could exit out of.

“The doorknob would be at a level to where a four-year-old could reach,” he says. “At this time, we are not going to disclose whether or not there’s a dead bolt or not. I will just tell you that the door was accessible by him, if he chose to go out of it.”

Williams says the family and neighborhood are cooperating with the investigation. He says the caregiver was formerly involved in a relationship with the boy’s father.

The CrimeStoppers reward has increased to $11,000 for information about the boy’s disappearance.

The boy is described as African-American, 3’10”, 50 pounds, with short hair and two missing front teeth. He is believed to be wearing a black and white sleeper, black coat, red Spider-Man shoes, a possible Mickey Mouse cap and a Black Panther backpack was missing, along with juice packs and some snacks.

Anyone with information is urged to contact the Jefferson City Police Department at (573) 634-6400, Crimestoppers 659-TIPS (659-8477) or at jeffcitycrimestoppers.com/. Citizens can call anonymously and give tips.