KRCG reports Jefferson City Police in mid-Missouri drained a local pond to allow Missouri State Highway Patrol divers to search for missing 4-year-old Darnell Gray.  The Department says anyone with the location of Gray can contact them and remain anonymous. 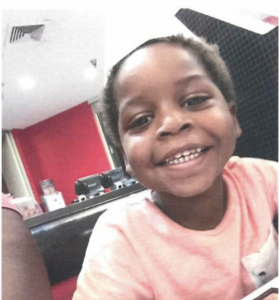 Police Lieutenant David Williams issued a statement where he described the urgency in locating the boy who was first reported missing last Thursday.  “The amount of time that Darnell has been missing is beyond critical,” said Williams.  “It is imperative that we find Darnell and return him to his family.”

Over the weekend, Williams said that due to inconsistent statements made by some close to the investigation, the search area for the child was expanded.

KRCG reported Lieutenant Williams announced Sunday between the FBI, CrimeStoppers and the City of Jefferson, the reward for information leading to the whereabouts of Darnell Gray had been raised to $11,000.

According to police reports, Darnell Gary is believed to be wearing a black and white sleeper, black coat, red Spider-Man Velcro shoes, and possible a Mickey Mouse cap. Darnell’s Black Panther backpack is also missing from the home where he was staying.

Darnell is a black male, approximately 3’10”, 50 pounds and missing his two front teeth. Anyone with information is urged to contact the Jefferson City Police Department at (573)634-6400), Crimestoppers 659-TIPS (659-8477) or at jeffcitycrimestoppers.com/.