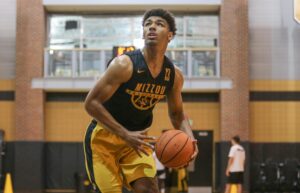 Smith has three years of eligibility remaining after playing his freshman campaign at Illinois.

Smith made 19 starts in 31 game appearances, scoring 179 points while averaging 1.4 assists per game as a freshman. He shot 79.6 percent from the free throw line and reached double figures six times.