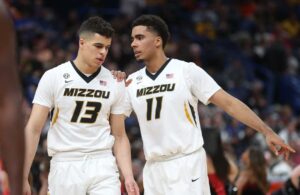 Porter tore his ACL and MCL in his right knee while driving to the basket.

Thanks to everyone who reached out! It’s hard to stay positive in the midst of something like this but everything happens for a reason.