There are seven statewide ballot issues being voted on in Missouri this November, and one of the lesser known items aims to give local bingo games a boost. If Amendment 4 passes, it would relax some of Missouri’s bingo laws making it easier for organizations that host bingo to advertise game nights and staff the events. 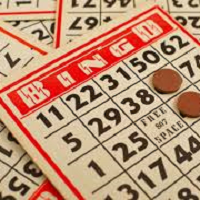 A vote of ‘no’ would keep the current bingo laws in place.

Joe Wayne Spalding is the bingo chairman at the Knights of Columbus in southeast Missouri’s Kelso. He says voting yes on the bingo amendment does not cost taxpayers anything and could help bring back bingo games in places they’ve closed.

“A lot of organizations that have had bingo, a lot of their members have grown old and they have not been able to get their newer members involved because of the (two year) waiting list and they’ve had to shut their bingos,” Spalding says. “Where if Amendment 4 passes, we can have more younger workers. It leads to bigger crowds, more money and more fun for everybody.”

Under current law, Spalding says they can only advertise a bingo game on their property. If passed by Missouri voters, the measure would open up opportunities to place ads elsewhere.

“With more advertising, we can have more players, which makes for a better game and more money to dispense,” he says. “Sometimes our crowds are small and we have to cut the jackpot a little bit so we don’t lose money. If we have a bigger crowd we can pay out the full amounts.”

Missouri first legalized bingo as a form of gambling in 1980. In 1990 and 2000, voters rejected two similar proposals to ease rules for local bingo organizations.