Governor Mike Parson proclaimed October as Missouri Pork Month during a Monday ceremony in Jefferson City, to recognize the commitment of the state’s pork producers. 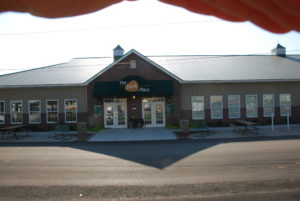 “Agriculture we know is the backbone of the state when you think about who the economic driver is,” Nikodim says. “And the pork industry is a big part of that. We rank seventh nationally in pork production here in Missouri.”

MDA says the average age of a Missouri farmer is 58.

“Ag (agriculture) is going to play a role in that, and how do we make sure that we’ve got young men and women in school and high school for example, that understand agriculture and what all those jobs are out there,” says Parson.

The governor notes Missouri pork producers raise more than 3.4 million hogs in the state, and tells MDA employees that agriculture has changed for the better.

“The reality of it is today we can’t farm like we used to, we just can’t,” Parson says. “And do you what’s going to be the new thing to all of us that’s going to have a little hard time accepting that, but technology is going to play a huge role.”

Agriculture Director Chinn says high-speed internet is crucial to attract next-generation farmers, adding that they want to come home and use it on the farm and ranch.

U.S. Sen. Roy Blunt (R) addressed the Missouri House in April in Jefferson City, telling them that 51 percent of rural Missourians don’t have access to broadband.

Chinn also notes this is the first time her staff can remember a governor personally coming for the October proclamation. Nikodim tells Missourinet he believes Governor John Ashcroft was the last governor to do it.

Parson says it’s important for him to support the state’s top industry.