The Missouri Department of Corrections is struggling with a possible record shortage of about 800 prison guards. Corrections Director Anne Precythe tells Missourinet the number of vacancies has doubled during the past year among the state’s 21 prisons. She points to a variety of things contributing to the shortfall. 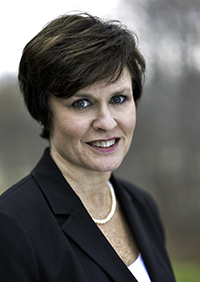 “Across the nation, Corrections is hurting, because when the economy is good, and it is and we’re thankful for that, Corrections business suffers because the pay is not where it is in the general public. I believe that if you go back and trend the economy, you will see a very similar parallel line to vacancies within the department,” Precythe says.

The primary complaints from Corrections employees are low wages and lack of higher wages for seniority members. For example, a 15-year veteran officer earns the same wages as a brand new officer.

The agency is discussing options with the Governor’s Office to further increase worker pay. Precythe says she hopes to go to the Legislature next year with ideas to boost what her employees take home.

“In the town of Cameron itself, we wouldn’t be able to employ all the employees we need. So, we have people driving over an hour to come to work there. Plus, you have six facilities in the northwestern part of the state. That in and of itself is challenging,” she says. “There are some areas that are in desperate times, but then there are facilities that aren’t. We’ve reduced the prison population in those three facilities and closed a housing unit or two in each of those facilities, which means we’re busing that population to other prisons to fill them up completely.”

This also presents a problem for families who have to drive further to visit their loved ones behind bars.

Precythe says the department has also released a lot of staff.

“Staff has resigned under investigation. They have resigned before being fired,” she says. “People leave state government for an assortment of reasons. It’s not always just to go to another job. Though we hate to see the really good employees go for another job, there are several employees that we turn loose and we would not take back. That’s for the betterment of our agency.”

Precythe, who took over at the helm in 2017, inherited an agency-wide scandal involving a culture of harassment, violence and intimidation. A 2016 investigation by the Pitch.com uncovered more than $10 million paid out by the state in five years to settle lawsuits against the department.

Staff shortages have led to mandatory overtime enforced on many occasions. Employees get paid time-and-a-half for working overtime. Precythe says she’s trying to figure out how they can keep the excess annual leave they’ve earned.

“We have people who are not able to take vacation time. At the end of the year when the excess of 240 hours or 330 hours rolls off, they’re going to lose that excess annual leave because they’ve worked so much comp time. They can’t even take the comp time they’ve earned. They can’t take the vacation time,” she says.

Precythe says the training process has changed by having instructors more local to the institution, instead of waiting for the next academy. The training is still the same, but it’s done by a different set of instructors and on a faster time frame.

“Because we are so understaffed, 60% of Corrections employees throughout the entire department are less than five years on the job. We are in the business of training new people,” she says.

The agency has ramped up its hiring initiatives to help recruit new employees. Some of the efforts include attending jobs fairs around the state including the State Fair, targeted text message ads to cell phones, billboards in specific areas and working with Missouri’s military offices to hire soldiers and veterans.

A high school apprenticeship program is in the works with the Department of Elementary and Secondary Education. Precythe compares it to a Reserve Officer Training Corp, or ROTC program, for high schoolers to educate students about Corrections as a potential career path. She says the effort is not unique to Missouri and Corrections is often a family business with members following in each other’s footsteps.

Precythe says her mission has not changed since the day she hit the streets of Missouri – focusing on the workers.

“Two-thirds of our strategic plan is focused on state employees. One-third of it is focused on the outcomes and the offender population we are responsible for,” she says. “If I can get my employees in a good place, then there’s no doubt we can make a positive impact on the offender population we are responsible for. I believe we’ve been doing that. I’ve got to start with my staff and get them in a really good place first.”

About 31,000 offenders live in Missouri’s prisons.