Procedures at Missouri polling places are in question for next month’s election after a judge struck down key elements of the state’s voter ID law Tuesday. 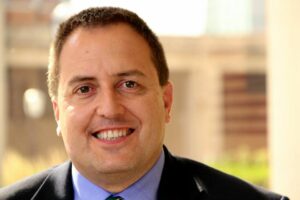 The attorney general’s office has filed an appeal and emergency stay to Judge Callahan’s ruling with the Missouri Supreme Court on behalf of Secretary of State Jay Ashcroft.  Ashcroft said the timing of the ruling is “unduly creating mass confusion” and called it “an action the courts historically and purposefully have not taken.”  He noted Callahan’s decision directs the state to stop using the affidavit while local election authorities enforce its requirement.

Ashcroft said it’s not clear if local poll workers are bound by the judge’s decision.  He added that many local election authorities have already trained poll workers to require voters to sign the statement.

Callahan called the affidavit an “outright misstatement of law” and ruled that the requirement for a voter to sign it is a violation of a citizen’s right to vote.

Ashcroft, a Republican, said the judge’s decision creates confusion for voters as well as local election authorities.  In an interview with Missourinet affiliate KSSZ, Ashcroft seemed to be more confident the affidavit requirement would stay in place, saying the requirement is not implemented by the secretary of state’s office, but by the local authority.

In addition to tossing the affidavit provision in the voter ID law, Callahan’s ruling also forbids the state from advertising or distributing information that photo ID’s are required to vote.  It further bars publicizing materials that tell voters they’ll be asked to show photo ID without stipulating the other forms of ID that can be used.

The decision came less than four weeks before November’s election, which includes a closely-watched race between Missouri’s Democratic U.S. Senator Claire McCaskill and Republican challenger Josh Hawley, which could play a pivotal role in determining which party controls the upper chamber of Congress.

The lawsuit challenging the voter ID law was filed by a group led by the left-leaning voting right organization Priorities USA.

Callahan noted evidence in the case established that 95% of likely voters already possess photo identification.  He said the focus of the lawsuit was whether the law infringes on the right to cast a ballot of the 5% of voters who don’t have photo ID.

The Missouri Supreme Court previously tossed a photo voter ID law passed by the Legislature in 2006.