The State Board of Education meets today to discuss a long list of agenda items, including the Missouri Department of Elementary and Secondary Education’s 2020 fiscal year budget proposal. The department plans to request $6.297 billion – a $140 million state funding hike for the budget that begins next July. 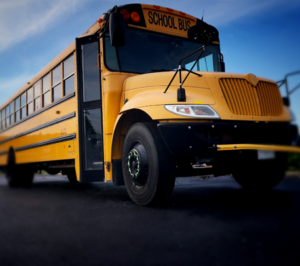 About $77 million of the proposed increase would go toward fully funding the foundation formula – the equation used to bankroll Missouri’s K-12 public school districts. The Legislature passed a fiscal plan for the current budget year that included $3.49 billion for the foundation formula – marking the second year in a row of fully funding the formula.

Nearly $40 million of the overall requested boost would also help to cover K-12 public school busing costs. State aid for school busing expenses have taken a dive over the years. The funding jump is the department’s way of trying to achieve full transportation funding of 75% per year for the next five years.

The Missouri Legislature passed a budget for the current fiscal year that includes school transportation funding of $102.5 million – equating to 17% of total busing costs.

In other agenda items, today’s meeting will involve discussion about the process and timeline for the hiring of the next Commissioner of Education. Roger Dorson has been serving as the interim head since Margie Vandeven was terminated on December 1 for political reasons.

The meeting will also include three newly-confirmed members – Carol Hallquist, Donald Claycomb and Kim Bailey. During last week’s special session of the state Legislature, Sen. Jamilah Nasheed, D-St. Louis, threatened to filibuster the appointment of Peter Herschend – contending that K-12 student achievement has not improved enough during Herschend’s 26 previous years on the board.

“For once, I happened to be the coolest head on the block,” says Richard. “The conclusion was probably right. We’ll let Mr. Herschend get reappointed, hopefully, with the governor. Then they can have some kind of discussion with his reappointment in February with another Senate.”

Richard says he plans to ask Parson to reappoint Herschend. If the governor goes that route, the Branson businessman would then serve as an interim appointment and be considered by the Senate again next year.

The board meeting will be at the Jefferson State Office Building at 8:30 a.m. today in Jefferson City.