You are here: Home / Education / Missouri Senate to consider dozens of nominees to state boards, commissions 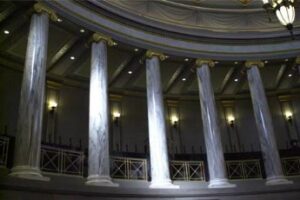 “Some of the appointees are making the rounds of the building,” says Onder. “Those will be heard in the Gubernatorial Appointments Committee on Thursday and then considered by the full Senate on Friday.”

Some of the key nominees include:

The candidates were hand-picked by Republican Gov. Mike Parson.