The Missouri Supreme Court heard arguments in Jefferson City Wednesday, September 5th in a death penalty case that has bounced up and down through the state’s court system for 20 years. 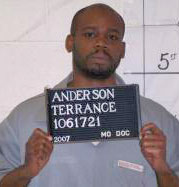 In 2001, Terrance Anderson was convicted for the 1997 killing of his girlfriend’s parents, Stephen and Debbie Rainwater.  He was sentenced to death for the first-degree murder of Debbie and life in prison without parole for the death of Stephen.

Initially, the Supreme Court upheld the lower courts decision.  But it ordered new sentencing in 2006 when it was revealed that a juror had indicated Anderson’s attorneys would have to prove he didn’t deserve the death penalty.

The lower bench again sentenced him to death in 2008, and the Supreme Court affirmed that penalty in a 4-3 decision.  But in 2013, the high court again found his sentencing to be unfair, this time because the judge had conversed about the case extensively as it was ongoing with the jury foreperson.

The case was once again sent to the lower court with a replacement for the judge who was instructed to recuse himself.  The Supreme Court left the death sentence in place but ordered a new hearing on Anderson’s request to have his case canceled.  Anderson has appealed to the high bench once again after the circuit court denied his request.

The murders occurred in southeast Missouri’s Poplar Bluff, but the case was tried 85 miles away in Cape Girardeau on a change of venue from Butler County to Cape Girardeau County.

Anderson’s attorneys originally sought a second-degree murder conviction after what happened on July 25, 1997.

According to court documents, Anderson took a gun to the home of his girlfriend, Abbey Rainwater, who lived with her parents, the aforementioned Stephen and Debbie.  Earlier in the day, Abbey had told Anderson that she had gotten a restraining order to keep him away from her and their three-month-old daughter and that visitation would be arranged through the court.

After arriving at the residence, Anderson kicked in the door.  Mother Debbie was holding the baby and told Abby to run.  Debbie then got on her knees and begged for her life, but Anderson placed the gun against the back of her head and fired it, killing Debbie instantly.

Anderson subsequently took the child and went into the front yard. He pointed the gun at the baby’s head and yelled that he would shoot if Abbey did not come out.

Father Stephen, who had been driving around the neighborhood with a gun after becoming suspicious when he previously answered the door to find no one, returned home.  The two men got into an argument resulting in Anderson shooting Stephen in the forehead, killing him.

Court documents reveal bad blood existed between Anderson and Stephen.  Stephen had been on disability and suffered from bipolar manic depression.  Anderson had moved in with the Rainwaters for four months but was asked to leave because of conflict.

According to court filings, in previous testimony, one of Anderson’s friend answered the phone with Stephen on the other end.  Stephen thought he was talking to Anderson and referred to him as “nigger” and said he was going to “whoop your ass”. The friend said Stephen further stated that the “black and white thing” didn’t work and Terrance (Anderson) and Abbey shouldn’t be together and Abbey needed “to be with her own kind.”

Going back to the night of July 25th, Anderson still was holding the infant after killing Stephen.  The police arrived quickly after neighbors called 911 when hearing a disturbance of pounding on a door.  Anderson initially yelled at the police to put down their guns but surrendered on their command and handed over the baby.

At last week’s Supreme Court hearing, Anderson’s attorney, William Swift, argued that the lower court had made mistakes that kept juries from reversing his death sentence.  He said the lower bench erred in denying his claim that a previous lawyer had been ineffective in several ways.

He claimed the defense team in Anderson’s second trial failed to investigate the proceedings of his first trial, notably what the original lawyers in his first trial did or or did not do in representing him.

Among other things, Swift said a psychiatrist and clinical specialist at Yale University, Dr. Dorothy Lewis, was not called in the second trial to testify about the impact on Anderson of his stepfather Robert’s violent, abusive behavior.

Lewis’ background history investigation of Anderson found no prior history of violence before the murders and suggested Robert’s abusive behavior was linked to Anderson’s unstable state of mind at the time of the crime.  She had noted that one of the numerous child injuries suffered by Anderson, a spiral tibial fracture, can only be caused by intentional child abuse.

Before the high court, Swift said the injury conclusively proved that Anderson was mistreated at a young age.  “Confronted with the actual substantive abuse to Terrance (Anderson) himself, I don’t see how a jury, a reasonable juror could step back and say, ‘This didn’t happen’, because you have objective medical evidence,” said Swift.

The attorney also informed the judges of numerous additional wounds sustained by Anderson, proclaiming the abuse was overwhelming.  “You don’t get a spiral tibial fracture unless it’s physical abuse,” Swift said.  “You don’t get the puncture wound that Terrance had.  You don’t get the scarring that he has or the cigarette burns on his body.”

Swift further said competent counsel in the second trial would have called on Lewis to provide mitigating evidence that Anderson “suffered from a psychotic depression characterized by paranoia and delusions while living in dysfunctional family circumstances.”

He also argued that the previous attorney was ineffective for failing to call the wife of stepfather Robert, to testify about his violent behavior.

Swift further stated that Anderson’s second trial attorney was ineffective because he advised Anderson to take the stand when other witnesses could effectively “humanize him” before a jury.  He said Anderson was compromised because the prosecuting attorney repeatedly portrayed him as a liar, especially deserving of death.

Attorney Richard Starnes represented the state before the Supreme Court.  He disputed most all of Swift’s claims.

Starnes said there was no proof that stepfather Robert was responsible for the injuries sustained by Anderson.  “Was there abuse? Probably, the (spiral tibial) fracture is kind of familiar.  Did Robert cause it?  We don’t know the answer to that,” said Starnes.

In court documents, Starnes noted that Robert worked for the Poplar Bluff School District and served on the City Council, and even though Anderson was a 10-month-old when he came into Robert’s life, Robert treated him like his own child.

Starnes also attempted to tear down the credibility of Dr. Lewis, noting Anderson and his sister denied some of the claims Lewis made in her reports.  “She did not have a good grasp of the facts and she was misrepresenting counsel’s clients,” Starnes said.

The judges peppered both sides with questions throughout the roughly 35 minute hearing.

Anderson’s appeal was one of four cases heard by the Supreme Court Wednesday (September 5th). The judges could render a decision at any time in the future.

Previous Post: « Legislation expanding treatment court system heading to the Missouri Senate
Next Post: Cardinals host the Dodgers with a two-game lead in the Wild-Card »